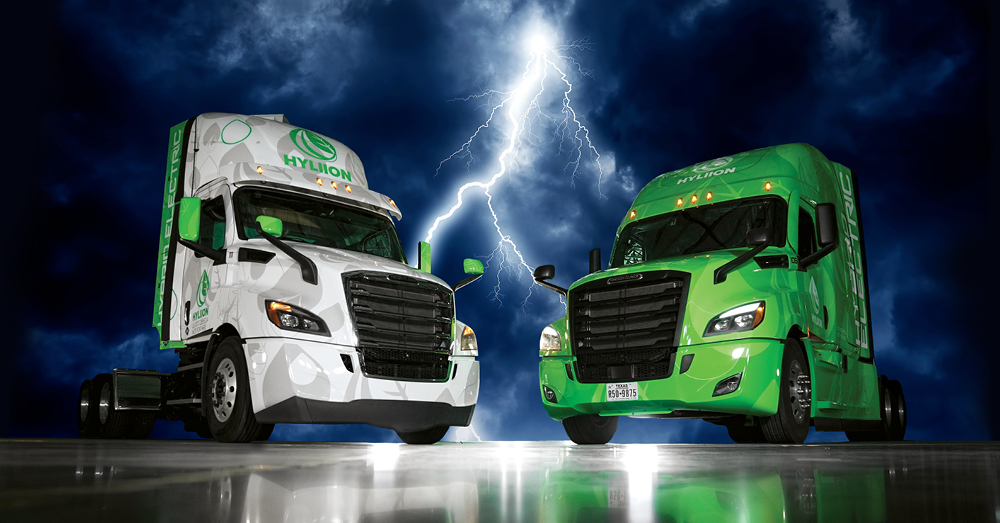 The new system, debuted at the Christensen Fuel Facility, uses a battery and captures energy from the semi-truck to help natural gas-powered trucks have more power when climbing hills.

“The eAxle captures energy from regenative braking and stores it in the battery pack. Then anytime you’re going up a hill, the battery pack transfers that energy back to the eAxle. The eAxle kicks on and provides an extra boost of up to 120 horse power.” – James Laurine, National Sales Manager at Hyliion

The system can also be installed on diesel trucks, which help the trucks use less fuel when the battery system kicks in. Hyliion said the hybrid trucks could potentially haul heavier loads and go up steeper graded hills.

Founded in 1935, Christensen is family-owned and operated. Headquartered in Richland, Washington, the company employs more than 500 people across the Pacific Northwest and nationwide. Built on decades of industry experience and the latest technology, Christensen is revolutionizing the way fuels, lubricants, and propane are ordered, delivered, and managed. For the past 10 years, the Christensen Company has grown 8x faster than the industry average and has emerged as a market leader.